Feeling dizzy? It could be your vestibular system

What is a vestibular system?

The vestibular system is located in your inner ear. It creates your sense of balance and helps you to understand your orientation in space. The vestibular system contributes to perception and balance by monitoring the position and motion of the head. It achieves this action by reacting to information provided by small receptors within the inner ear.

How does it work?

In the three semicircular canals, there is a fluid called endolymph. When the head is moved, the endolymph is displaced in the opposite direction within the canals and the receptors process this information and then it is sent to the central nervous system where it is processed, and then spatial awareness is then perceived.

The otolith organs which resemble sacs contain calcium carbonate crystals called the otoconia. When these crystals move within the sacs the receptors process this information and it is relayed to the central nervous system. The otolith organs detect the position and linear acceleration of the head. An example of linear acceleration would be keeping the head still in an elevator that is moving up and down. During this action, there is no active movement of the head but the position of the head in space alters as the elevator moves up and down. 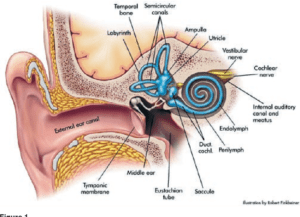 This is the most common cause of dizziness in adults. This is a mechanical problem whereby the otoconia (calcium carbonate crystals) hardens and dislodges from the utricle and saccule and make their way into the semi-circular canals. If you experience BPPV some symptoms that may develop include brief episodes of vertigo, particularly with changes in head position, a feeling of imbalance as well as nausea. Some common triggers are: transitioning from lying flat to sitting or vice versa, rolling over when lying flat, bending over or looking up.

What can I do if I have these symptoms?

Physiotherapists are trained to evaluate whether your vestibular system is the cause of your vertigo. If you are feeling dizzy you should have an assessment to determine the cause. If you do have BPPV, there are special treatments that can be done to manoeuvre the otoconia back to the otolith organs. We are also trained in treatment techniques for other types of vertigo as well.

*All information is general in nature. Patients should consider their personal circumstances and seek a second opinion.

Back to All Posts

Related posts to this article 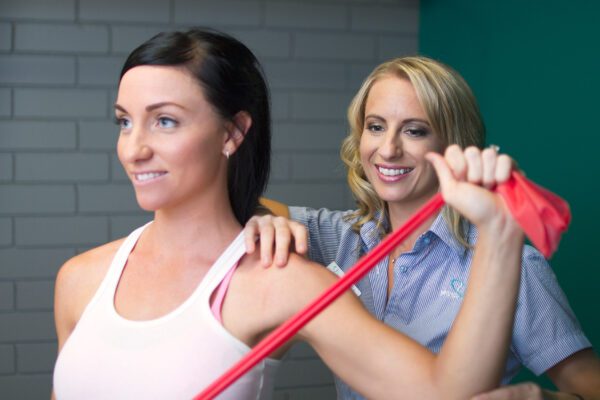 Stroke Recovery: How Physiotherapy May Help

Stroke Recovery: How Physiotherapy May Help National Stroke Week 2021, encourages everyone to learn the signs of stroke to get help more quickly. To recognise those signs, the Stroke Foundation encourages you to think FAST when looking at someone who...

for special deals and updates